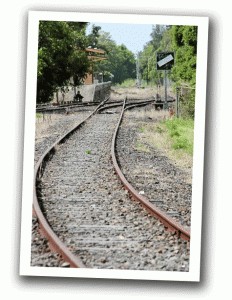 THERE are renewed hopes trains will once again run on the Casino to Murwillumbah rail line.

NSW Minister for the North Coast and Ballina MP, Don Page, has announced a tender to evaluate the costs of restoring and maintaining the 130km-long line for heavy or light rail passenger services, a move welcomed by Byron Mayor, Cr Jan Barham.

Cr Barham, describing the announcement as “fantastic”, said the reopening of the line would be a major boost for the Far North Coast.

“It would change the way the North Coast operates in terms of people having access to the region without having to rely on cars,” she said.

“It would be also good for the local young and aged and people who don’t have cars.

“We know a train service will be fantastic for young residents and tourists.

“It will create a whole new asset for the North Coast – create a rail trail.

“It’s such a safe, relaxing way to travel.

“I always used to come up (from Sydney) by train. I was a dedicated train traveller.”

Cr Barham said she hoped the evaluation would look at local light rail and commuter options.

“That would be a good alternative for the Byron Shire,” she said.

“A train where you could take your bike or surfboard would be a great thing.”

President of Trains on Our Track (TOOT), Karin Kolbe, said she was glad to see some development on the issue, but would like the terms of reference widened.

Ms Kolbe said the study seemed to be very narrowly focused on costs, but there was nothing about the benefits.

“A rail service will provide many benefits to the region but these are not being examined at all in the proposed study,” she said.

“We’d also like to see the benefits to tourism considered.

“We’d also like to see the environmental benefits, like reduced carbon emissions, or better air quality, accounted for.

“And with less cars and buses on the road, maintenance costs to council and RTA will be reduced, and this needs to be factored in too.”

Mr Page said the government was delivering on its commitment to examine options for the line and broader transport options in the region, which had been supported by a $2 million allocation in the recent Budget.

“The NSW Government is serious about addressing the transport needs of regional NSW, including the North Coast – we are getting on with the job of taking a comprehensive look at what would be required to restore this line and maintain it for passenger services,” he said.

Mr Page said Transport for NSW would seek experts to evaluate the likely restoration and ongoing maintenance costs and to look at potential rail connections through to south-east Queensland.

The tender closes in January 2012 and is expected to be awarded in February 2012. It is expected this work will be complete by October 2012.

The first work is expected to start in February 2012 and will involve inspections to assess the condition of the track, bridges, level crossings, signalling and other rail infrastructure.

“This will be a comprehensive study that will enable the Government to make a thoroughly informed decision about the future of the rail line,” said Mr Page.

“Local councils will be consulted and the results of this study will feed into the transport masterplan, which is being developed by the NSW Government.”