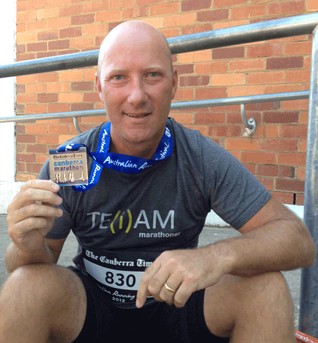 A big congratulations to Principal David Gordon who ran the Canberra Marathon on Sunday April 15th in a very respectable time of 4 hours, 15 minutes.

Never one to be a couch potato, David took up running a few years ago to increase his general fitness but he caught the bug and since then, running has become a big part of his life.  He loves to push himself to the limit and although this was his first marathon, the blisters and sore muscles haven’t put him off.  David can be seen regularly running in the Bay and is now working on improving his time for his next marathon.

He will be back in action at the Gold Coast Marathon on 1st July, 2012.